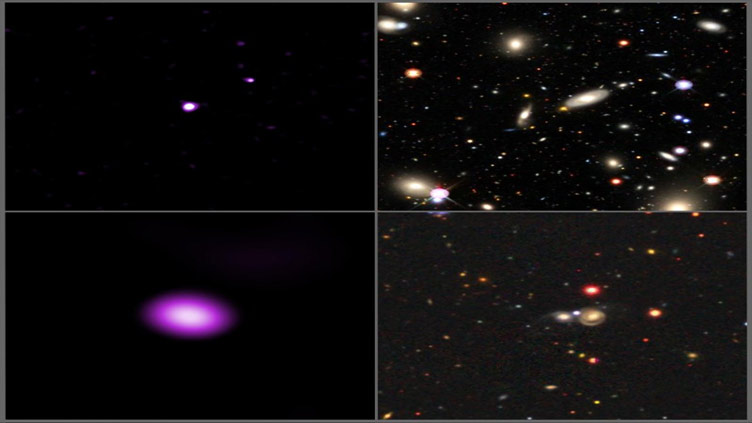 NASA s Chandra X-ray Observatory has revealed hundreds of supermassive astronomical black holes that are millions or even billions of times the mass of the sun, according to a new study.

“Astronomers have already identified huge numbers of black holes, but many remain elusive,” said Dong-Woo Kim of the Center for Astrophysics, who led the study. “Our research has uncovered a missing population and helped us understand how they are behaving.”

According to NASA, scientists for 40 years have known about galaxies that look normal in optical light without the distinctive signature of quasars but shine brightly in X-rays. Those objects are known as XBONGS, which stands for “X-ray bright optically normal galaxies.”

“These results show how powerful it is to compare X-ray and optical data mines,” said study co-author Amanda Malnati, an undergrad at Smith College in Massachusetts.

A black hole is a place in space where gravity pulls so much that even light cannot get out, according to NASA. The gravity is so strong because matter has been squeezed into a tiny space. It can happen when a star is dying.

This study found that the X-ray sources used are so bright that almost all of them must be from material around rapidly growing black holes.

NASA said data from the WIde-Field Infrared Survey Explorer help corroborate the evidence that about half of the XBONGS in this study are buried, growing supermassive black holes. They are between 550 million and 7.8 billion light-years from Earth.

Advertisement
Related Topics:NASATECTechnologyX-ray
Up Next 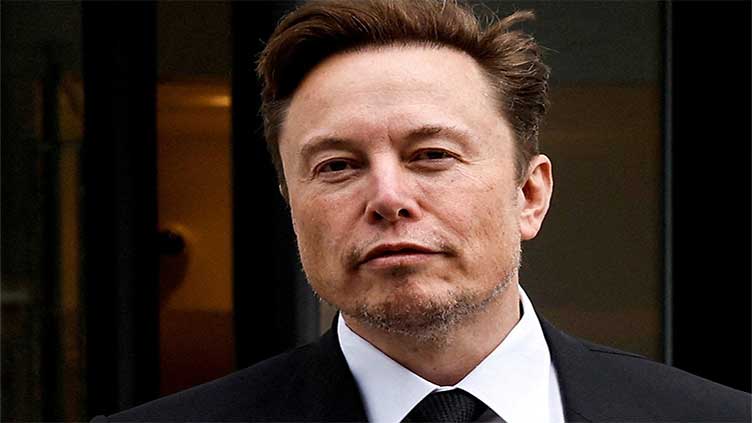 A U.S. jury on Friday found Tesla Inc (TSLA.O) CEO Elon Musk and his company were not liable for misleading investors when Musk tweeted in 2018 that he had “funding secured” to take the electric car company private.

Plaintiffs had claimed billions in damages and the decision also had been seen as important for Musk himself, who often takes to Twitter to air his views.

The jury came back with a unanimous verdict roughly two hours after beginning deliberations.

Musk was not present in court when the verdict was read but soon tweeted that he was “deeply appreciative” of the jury’s decision.

“Thank goodness, the wisdom of the people has prevailed,” he said.

Nicholas Porritt, a lawyer for the investors, said in a statement, “We are disappointed with the verdict and are considering next steps.”

Shares of Tesla rose 1.6% in after-hours trading following the verdict.

“A dark chapter is now closed for Musk and Tesla,” Wedbush analyst Dan Ives said. Ives added that some Tesla investors feared Musk might have to sell more Tesla stock if he lost.

The world’s second-richest person has previously created legal and regulatory headaches through his sometimes impulsive use of Twitter, the social media company he bought for $44 billion in October.

Minor Myers, who teaches corporate law at the University of Connecticut and who had previously called the investors’ case strong, called the outcome “astounding.”

The U.S. anti-securities fraud law “has always been thought to be this great bulwark against misstatements and falsehoods,” he said. “This outcome makes you wonder if it is up to the job in modern markets,” he said, adding that Musk himself was likely to “double down” on his communication tactics after the verdict.

Musk’s attention has been divided in recent months between Tesla, his rocket company SpaceX and now Twitter. Tesla investors have expressed concerns that running the social media company has taken up too much of his focus.Tesla shareholders claimed Musk misled them when he tweeted on Aug. 7, 2018, that he was considering taking the company private at $420 per share, a premium of about 23% to the prior day’s close, and had “funding secured.”

They say Musk lied when he tweeted later that day that “investor support is confirmed.”

The stock price soared after the tweets and then fell again after Aug. 17, 2018, as it became clear the buyout would not happen.
Porritt during closing arguments said the billionaire CEO is not above the law, and should be held liable for the tweets.

“This case ultimately is about whether rules that apply to everyone else should also apply to Elon Musk,” he said.

Musk’s lawyer Alex Spiro countered that Musk’s “funding secured” tweet was “technically inaccurate” but that investors only cared that Musk was considering a buyout.

An economist hired by the shareholders had calculated investor losses as high as $12 billion.

During the three-week trial, Musk spent nearly nine hours on the witness stand, telling jurors he believed the tweets were truthful.

He said he had lined up the necessary financing, including a verbal commitment from Saudi Arabia’s sovereign wealth fund, the Public Investment Fund. The fund later backpedaled on its commitment, Musk said.

Musk later testified that he believed he could have sold enough shares of his rocket company SpaceX to fund a buyout, and “felt funding was secured” with SpaceX stock alone.

Musk testified that he made the tweets in order to put small shareholders on the same footing as large investors who knew about the deal. But he acknowledged he lacked formal commitments from the Saudi fund and other potential backers.

The verdict is another victory for Musk and his lawyer Spiro after they won a defamation lawsuit against the billionaire in 2019 over his tweet calling a cave explorer a “pedo guy”. 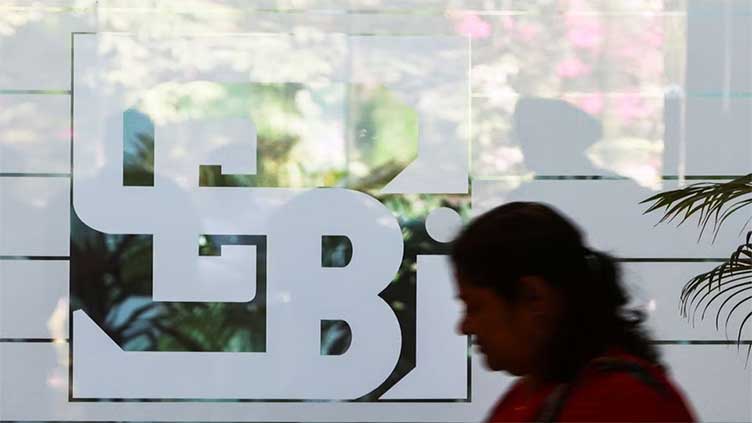 India’s market regulator moved to calm investor concerns on Saturday, saying that its financial markets remain stable and continue to function in a transparent and efficient manner, despite recent dramatic stock falls in Adani Group companies.

Shares in Adani Group firms, controlled by billionaire tycoon Gautam Adani, have dropped by $100 billion, or half their market value, since U.S-based short-seller Hindenburg Research made allegations of stock manipulation and unsustainable debt.

“During the past week, unusual price movement in the stocks of a business conglomerate has been observed,” the Securities and Exchange Board of India (SEBI) said in a statement, without naming any specific entity.

The Adani Group denies all Hindenburg’s allegations, but the fall in the value of its stocks led it to call off earlier this week a $2.5 billion share sale by Adani Enterprises (ADEL.NS).

Mechanisms were in place to address excessive volatility in specific stocks, SEBI said, adding these were automatically triggered under certain conditions of stock price volatility.

Any matters related to specific entities will be examined and appropriate action will be taken, the regulator added.
Reuters earlier reported that SEBI was examining the recent crash in the Adani Group’s shares and looking into any possible irregularities.

The comments follow a similar assurance from the central bank which said that the banking sector remained stable.

Shares of the group’s flagship company stabilised somewhat on Friday and closed 1.4% higher, after earlier slumping 35% to hit their lowest level since March 2021. That low took its losses to nearly $33.6 billion since last week, a 70% fall.

Earlier on Saturday, India’s Finance Secretary TV Somanathan said that from a macroeconomic perspective, the Adani issue is a “storm in a teacup”, while Finance Minister Nirmala Sitharaman said regulators are independent and will take their own action.

Meanwhile, Anand Mahindra, Chairman of Mahindra Group, another of India’s biggest conglomerates tweeted on Saturday that investors should “never, ever bet against India” despite “current challenges in the business sector”.

Billionaire Musk likely to ‘double down’ on tweets after court victory 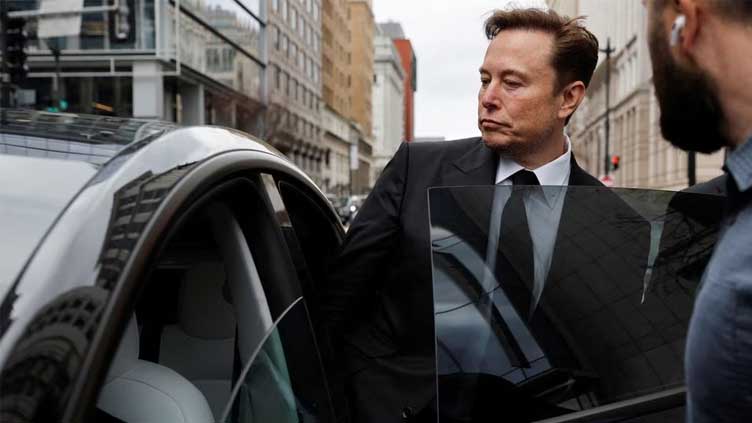 Elon Musk may become even more emboldened in his Twitter use after a jury cleared the billionaire Tesla Inc (TSLA.O) chief executive over his missive that he had “funding secured” to take his electric car company private.

A San Francisco jury took just two hours to unanimously find the world’s second-richest person not liable for having allegedly tweeted fraudulently in August 2018 about a possible Tesla buyout.

Musk is likely to “double down” on his communication tactics after the verdict, said Minor Myers, a professor of corporate law at the University of Connecticut.

“This is only going to embolden him to act as he sees fit,” Myers said.

Musk ultimately abandoned his effort to take Tesla private, but told jurors early in the three-week trial that he had believed what he wrote in tweets.
Karen Woody, an associate professor at Washington and Lee University School of Law, said she thought the case was “rock-solid” against Musk and she was shocked at the verdict.

“He pushed the boundaries, and won,” she said. “I expect Elon is going to write anything he wants,”

Musk himself thanked the jury on Twitter — which he bought in October for $44 billion.

“Thank goodness, the wisdom of the people has prevailed,” he wrote.

The Tesla shareholders who sued Musk had sought billions of dollars in damages.

Musk’s raw tweeting style has made him a hero for many, and burnished the Tesla brand.

He fought hard against accusations that he had not told the truth, with his lawyer, Alex Spiro, telling the jury that the “funding secured” tweet was only technically inaccurate.

The tweets led to Musk and Tesla paying $40 million to resolve U.S. Securities and Exchange Commission civil charges under a consent agreement that Musk has fought unsuccessfully to lift.

“He doesn’t want to play by SEC rules as the SEC understands them, and the SEC doesn’t want to be perceived as backing down,” said Adam Pritchard, a University of Michigan law professor. “I expect them to continue having their difficulties.”

Still, many analysts said Musk, who has tweeted more than 22,000 times and has about 128 million Twitter followers, has no reason to slow down now.

“Many people, when confronted by a lawsuit of this type would have dialed back tweeting,” said Kim Forrest, chief investment officer at Bokeh Capital Partners. “But that wasn’t the case in the Twitter deal, was it?