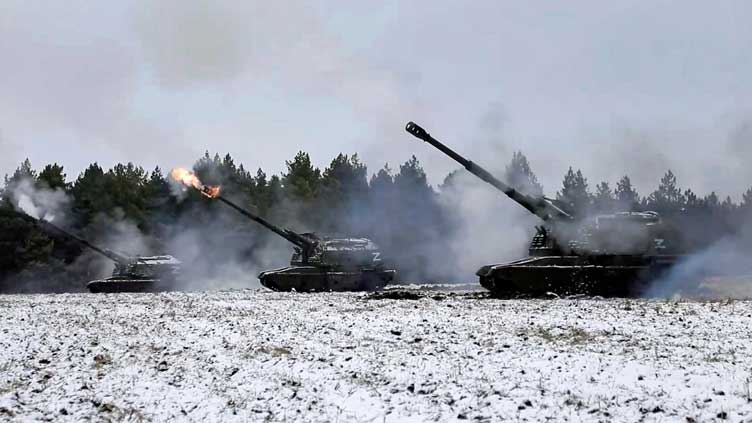 The Kremlin said on Monday that the tanks Britain plans to send to Ukraine “will burn”.

Britain said on Saturday it would send 14 of its Challenger 2 main battle tanks as well as other advanced artillery support in the coming weeks.

“They are using this country [Ukraine] as a tool to achieve their anti-Russian goals,” Kremlin spokesman Dmitry Peskov said.

“These tanks are burning and will burn just like the rest,” Peskov said.

Peskov said the new supplies from countries like Britain and Poland would not change the situation on the ground. 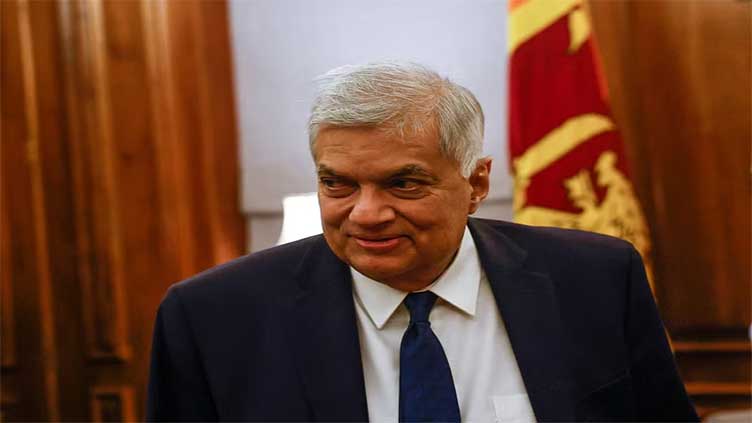 Sri Lanka is completing the pre-requisites to unlock a $2.9 billion bailout from the International Monetary Fund (IMF) and expects rapid approval from the global lender, President Ranil Wickremesinghe said on Saturday.

“We are successfully completing the difficult stage required to get support from the International Monetary Fund. We expect to get their consent without delay,” Wickremesinghe said in his address to the nation to mark the 75th Independence Day.

Sri Lanka, caught in the worst financial crisis since independence from Britain in 1948 triggered by a severe shortage of dollars, has seen steep inflation, a currency plunge and its economy slide into recession.

The island of 22 million people has also been hit by high taxes, a shortage of essential items such as medicine and fuel, and daily power cuts.

Wickremesinghe, who took over after his predecessor fled the country and resigned last year after thousands of protesters occupied his office and residence, has pledged to put the economy back on track but warned it will be an uphill task.

“I know that many of the decisions I have been compelled to take since assuming the presidency have been unpopular …. I will continue this new reform program with the majority of people who love this country,” he added.

Sri Lanka’s central bank estimates an economic turnaround in the second half of 2023 and inflation to reach single digits by the end of this year. 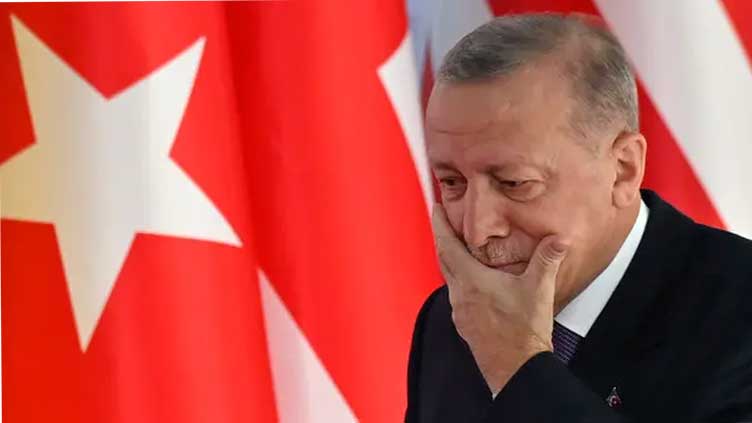 The United States warned Turkey in recent days about the export to Russia of chemicals, microchips and other products that can be used in Moscow’s war effort in Ukraine, and it could move to punish Turkish companies or banks contravening sanctions.

In a speech to bankers, Nelson said a marked year-long rise in exports to Russia leaves Turkish entities “particularly vulnerable to reputational and sanctions risks”, or lost access to G7 markets.

They should “take extra precaution to avoid transactions related to potential dual-use technology transfers that could be used by the Russian military-industrial complex,” he said in a copy of the speech issued by the Treasury.

In the meetings in Ankara and Istanbul, Nelson and a delegation highlighted tens of millions of dollars of exports to Russia that raised concerns, according to a senior U.S. official who requested anonymity.

“There is no surprise…that Russia is actively looking to leverage the historic economic ties it has in Turkey,” the official said. “The question is what is the Turkish response going to be.”

NATO member Ankara opposes the sweeping sanctions on Russia on principle but says they will not be circumvented in Turkey, urging the West to provide any evidence.

Western nations applied the export controls and sanctions after Moscow’s invasion nearly a year ago. Yet supply channels have remained open from Hong Kong, Turkey and other trading hubs.

Citing Russian customs records, Reuters reported in December that at least $2.6 billion of computer and other electronic components flowed into Russia in the seven months to Oct. 31. At least $777 million of these products were made by Western firms whose chips have been found in Russian weapons systems.

Ankara has balanced its good ties with both Moscow and Kyiv throughout the war, held early talks between the sides and also helped broker a deal for grain shipments from Ukraine.

The trip by Nelson, the Treasury’s undersecretary for terrorism and financial intelligence, is the latest to Turkey by senior U.S. officials aiming to ramp up pressure on Ankara to ensure enforcement of U.S. curbs on Russia.

The pressure has brought some changes.

Turkey’s largest ground-service provider, Havas, told Russian and Belarusian airlines it may stop providing parts, fuel and other services to their U.S.-origin aircraft, in line with Western bans, Reuters reported on Friday citing a Jan. 31 letter from the company.

In September, five Turkish banks suspended use of the Russian Mir payment system after the U.S. Treasury targeted the head of the system’s operator with new sanctions and warned those helping Moscow against skirting them.

Nelson urged the Turkish bankers to conduct enhanced due diligence on Russian-related transactions, and noted in the speech that Russian oligarchs continue to buy property and dock yachts in Turkey.

In separate talks with Turkish firms, Nelson “urgently” flagged the way Russia is believed to be dodging Western controls to re-supply plastics, rubber and semi-conductors found in exported goods and used by the military, the official said.

The person added that after taking steps last year to press Russia to end the war, the U.S. focus is now “on evasion and particularly evasion in third countries that we are seeing”.

Nelson delivered similar messages in the United Arab Emirates and Oman this week, the Treasury said. 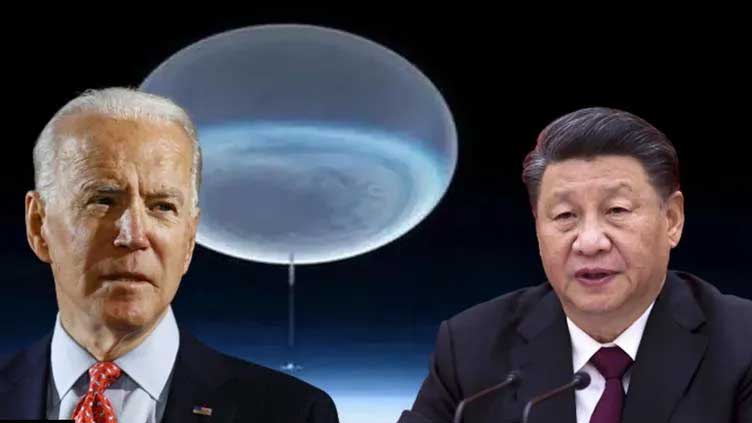 China played down the cancellation of a visit by U.S. Secretary of State Antony Blinken after a large Chinese balloon suspected of conducting surveillance on U.S. military sites roiled diplomatic relations, saying that neither side had formally announced any such plan.

“In actuality, the U.S. and China have never announced any visit, the U.S. making any such announcement is their own business, and we respect that,” China’s Ministry of Foreign Affairs said in a statement Saturday morning.

Blinken was due to visit Beijing on Sunday for talks aimed at reducing U.S.-China tensions, the first such high-profile trip after the countries’ leaders met last November in Indonesia. But the U.S. abruptly canceled the trip after the discovery of the huge balloon despite China’s claim that it was merely a weather research “airship” that had blown off course.

The Pentagon rejected that out of hand — as well as China’s contention that the balloon was not being used for surveillance and had only limited navigational ability.

Uncensored reactions on the Chinese internet mirrored the official government stance that the U.S. was hyping up the situation.
Many users made jokes about the balloon. Some said that since the U.S. had put restrictions on the technology that China is able to buy to weaken the Chinese tech industry, they couldn’t control the balloon.

Others called it the “wandering balloon” in a pun that refers to the newly released Chinese sci-fi film called “The Wandering Earth 2.”

Still others used it as a chance to poke fun at U.S. defenses, saying it couldn’t even defend against a balloon, and nationalist influencers leapt to use the news to mock the U.S. One wrote wryly: “The U.S., because of the balloon incident, delays Blinken’s visit to China.”

Censorship was visible on the topic — the “wandering balloon” hashtag on Weibo was no longer searchable by Saturday evening.

“The U.S. is hyping this as a national security threat posed by China to the U.S. This type of military threat, in actuality, we haven’t done this. And compared with the U.S. military threat normally aimed at us, can you say it’s just little? Their surveillance planes, their submarines, their naval ships are all coming near our borders,” Chinese military expert Chen Haoyang of the Taihe Institute said on Phoenix TV, one of the major national TV outlets.

The balloon was spotted earlier over Montana, which is home to one of America’s three nuclear missile silo fields at Malmstrom Air Force Base, defense officials said.

President Joe Biden had declined to shoot down the balloon, following advice of defense officials who worried the debris could injure people below.

Meanwhile, people with binoculars and telephoto lenses tried to find the “spy balloon” in the sky as it headed southeastward over Kansas and Missouri at 60,000 feet (18,300 meters).

The Pentagon also acknowledged reports of a second balloon flying over Latin America. “We now assess it is another Chinese surveillance balloon,” Brig. Gen. Pat Ryder, Pentagon press secretary, said in a statement.

China’s Ministry of Foreign Affairs did not immediately respond to a question about the second balloon.

Blinken, who had been due to depart Washington for Beijing late Friday, said he had told senior Chinese diplomat Wang Yi in a phone call that sending the balloon over the U.S. was “an irresponsible act and that (China’s) decision to take this action on the eve of my visit is detrimental to the substantive discussions that we were prepared to have.”

China has denied any claims of spying, and said it is a civilian-use balloon intended for meteorology research. Experts have said that their response was feasible.

But analysts said the unexpected incident will not help the strained ties between the two countries, and particularly China’s initial response where it said they could not control the balloon and “regretted” that it unintentionally entered U.S. space.

On Saturday, China’s Ministry of Foreign Affairs again emphasized that the balloon’s journey was out of its control and urged the U.S. to not “smear” it based on the balloon.
Wang said China “has always strictly followed international law, we do not accept any groundless speculation and hype.Faced with unexpected situations, both parties need to keep calm, communicate in a timely manner, avoid misjudgments and manage differences.”

Alfred Wu, an associate professor at the National University of Singapore, said China’s apology did not appear sincere.
“In the meantime, the relationship will not improve in the near future … the gap is huge.”