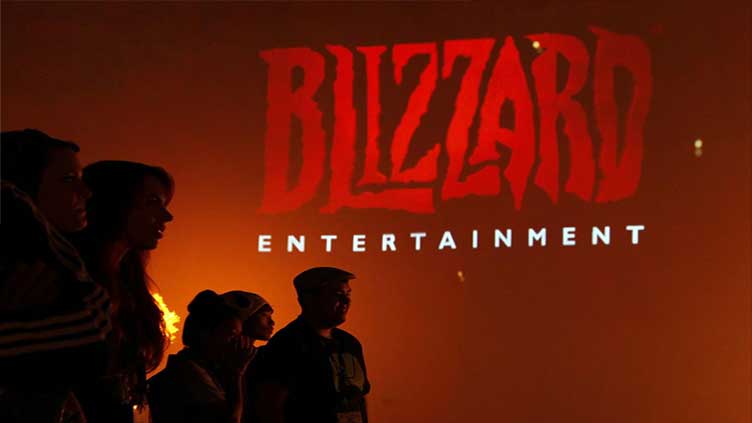 Activision Blizzard Inc (ATVI.O), the U.S. video game developer behind hit franchise Warcraft, said on Tuesday its Chinese publisher NetEase Inc (9999. HK) had turned down a proposal to extend their long-time partnership for six months as it looks for a new partner.

In a statement on the microblogging site Weibo, the U.S. firm s subsidiary Blizzard China said it contacted NetEase last week with a proposal to extend their partnership and that the Hangzhou-based company had declined.

“It is a pity that NetEase is not willing to extend services of our game for another six months on the basis of existing terms as we look for a new partner,” Blizzard China said.

Blizzard China said its game services will end on Jan. 23.

The development comes after Activision Blizzard in November said it would end its 14-year partnership with NetEase, the second-largest gaming company in China. The announcement sent shockwaves across the industry as the partnership was widely seen as one of the most lucrative in video games.

NetEase, in a November earnings briefing, said it had made the utmost effort to negotiate but found the proposed terms requested by the U.S. Company unacceptable.

NetEase then said it would have to discontinue Activision Blizzard s game service in China, the world s biggest gaming market, on Jan. 23.
With the demise of their partnership, Activision Blizzard was left without a Chinese publisher and said in December it was in talks with potential partners.

Unlike other countries, foreign gaming companies typically need a Chinese publisher before being able to release games in China.
NetEase rose to become a gaming giant partly by publishing Activision Blizzard s games in China. The company has since accelerated its own game development capability, with in-house games now accounting for more than 60% of revenue.

Advertisement
Related Topics:TECTechnology
Up Next 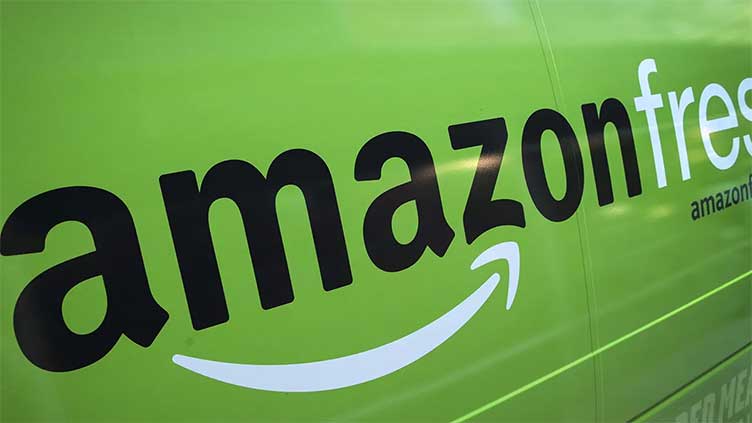 Amazon is axing free grocery delivery for Prime members on orders less than $150.

Customers who get their groceries delivered from Amazon Fresh — and pay less than $150 — will be charged between $3.95 and $9.95, depending on the order size, the company said in an email to Prime members Friday.

Launched in 2005, Prime has more than 200 million members worldwide who pay $139 a year, or $14.99 a month, for faster shipping and other perks, such as free delivery and returns.

Currently, the company offers members free grocery deliveries on orders above $35, with the exception of New York, where it’s $50.

The company has dozens of Amazon Fresh stores across the U.S. and has opened some abroad. Amazon has also owned Whole Foods since 2017.

The decision to impose new fees comes as the company attempts to trim costs amid a hazy economic environment. In the past few months, it has axed unprofitable areas of its business and paused hiring among its corporate workforce. It said this month that it will lay off 18,000 workers. 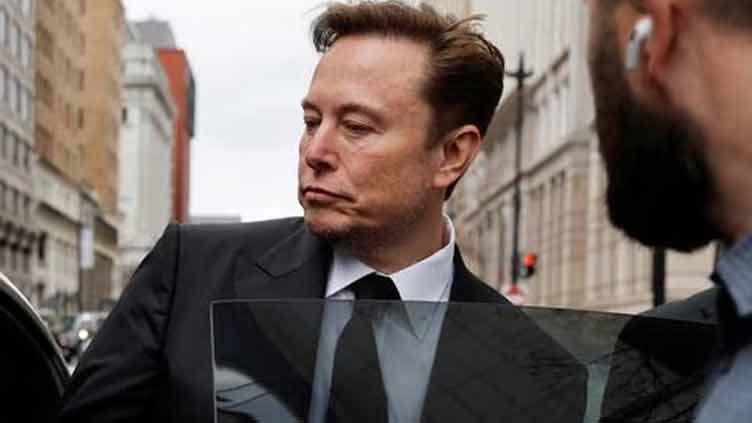 The review is part of an ongoing Securities and Exchange Commission (SEC) probe of the company s statements about its Autopilot driver-assistance system, the report added.

SEC officials are considering whether Musk may have inappropriately made forward-looking statements, the report said, without specifying which specific statements or activities by Musk attracted the regulator s attention.

Tesla Chief Executive Musk did not immediately respond to a Reuters request for comment, while the SEC declined to comment.

Separately, the acting head of the National Highway Traffic Safety Administration (NHTSA) on Jan. 9 said the regulatory agency is “working really fast” on the Tesla Autopilot investigation it opened in August 2021.

Musk is also under trial for allegedly misleading investors with his 2018 tweet saying “funding secured” for taking Tesla private. 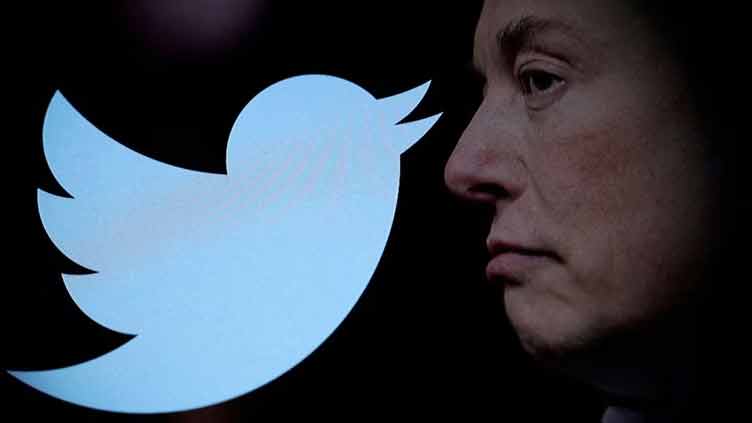 The stalling of a Twitter program that was critical for outside researchers studying disinformation campaigns throws into question the company s strategy to comply with upcoming regulation in Europe, former employees and experts told Reuters.

The European Union s new Digital Services Act (DSA), one of the world s strictest regulations on internet platforms, has sent tech companies scrambling to meet its requirements on having measures in place against illegal content and explaining the steps they take on content moderation, before the law comes into full effect in early 2024.

Twitter signed a voluntary agreement in June with the EU related to the DSA committing to “empowering the research community” through means including sharing datasets about disinformation with researchers. The EU s goal with the law is to create a safer internet for users and have a mechanism to hold companies accountable.

According to Yoel Roth, Twitter s former head of trust and safety, the Twitter Moderation Research Consortium was a key part of Twitter s plan to do that, since it compiled data on state-backed manipulation of the platform and provided that to researchers. “Twitter was uniquely well-positioned,” he said.

Nearly all of the 10 to 15 employees who worked on the consortium have left the company since Elon Musk s takeover in October, according to Roth, who resigned in November, and three other former employees who were involved with the program.

The EU law would require platforms with over 45 million EU users to respond to EU-vetted researcher proposals.

In an email, Twitter s head of trust and safety, Ella Irwin, said: “We intend to fully comply with the DSA, have many employees working on DSA compliance internally and have communicated our intent to comply to (EU Commissioner Thierry) Breton and his team.”

She did not comment on detailed questions about the status of the consortium, how many employees were working on it, or how Twitter planned to comply with the DSA.

Breton has met at least twice with Musk to discuss Twitter s intent to comply with the upcoming law. In November, Breton said Twitter had “huge work ahead” because the company will have to “tackle disinformation with resolve” and significantly reinforce content moderation. read more In May, Musk appeared in a video with Breton expressing agreement with the Digital Services Act. Breton s spokesperson declined to comment for this story.
Across the company, at least 5,000 staff (about two thirds of the total before the takeover) have either quit or been fired as Musk overhauls Twitter, hitting the trust and safety and public policy teams particularly hard. read more

“I just don t see how the absolutely skeletal staff … will be able to readily comply (with the DSA),” said Rebekah Tromble, director of the Institute for Data, Democracy and Politics at George Washington University.

THE WORK OF THE CONSORTIUM

The research consortium was formed in response to backlash against Russian interference in the 2016 U.S. presidential election. According to the company s website, its aim is “to increase transparency around Twitter’s content moderation policies and enforcement decisions.”

Twitter prohibits people, organizations or governments from manipulating conversation on the service, such as using multiple or fake accounts to make content appear more popular.

Early last year, Twitter launched a pilot version of the consortium to disclose examples of manipulation of the platform to some outside researchers.

As Twitter investigated and took down accounts that were suspected of foreign interference, it released data on that to the researchers to help them study the misinformation strategies and where they originated.

In September, Twitter opened an application process to expand the consortium and had accepted about 50 researchers by the time of Musk s acquisition on Oct. 27, two of the former employees said.

Twitter had been preparing to disclose at least a dozen new datasets to researchers before then, the former employees said.

Of the three former Twitter employees, who asked not to be identified for fear of reprisals, one spoke with current employees recently and was told they do not have the personnel or bandwidth to continue working on the consortium.

Five outside researchers told Reuters that without a program like the research consortium, it will be more difficult to study how governments use Twitter to interfere with elections or political events globally.

Two of those who are members of the consortium said Twitter has not sent a memo to close the program formally and previously-released data remain available to them, but they had not received data from it in at least two months.

The research consortium was an important tool to make the internet safer, according to two U.S. lawmakers who introduced a bill last year that would require social media platforms to provide data access to academic researchers. Their Digital Services Oversight and Safety Act has not been voted on.

Rep. Lori Trahan of Massachusetts and Rep. Sean Casten of Illinois also wrote an open letter to Twitter on Nov. 18 asking whether Twitter would maintain the consortium, following layoffs that halved the staff.

Asked about the consortium by Reuters this month, Trahan said failure to maintain the program would be “a massive step back.”

The Stanford Internet Observatory, a consortium member that studies internet risks, said it has not received any communication from the program since mid-November and no longer has a point of contact at Twitter.

The Stanford team has published at least three papers using data from the consortium, including one about Twitter accounts that promoted India’s military activities in Kashmir, and one on U.S.-linked attempts to spread pro-Western narratives abroad.

If the research consortium is eliminated, “we will be returning to the 2017 era of limited shared communication about malicious state actor activity,” said Renée DiResta, research manager at Stanford Internet Observatory.

Cazadores de Fake News, a Venezuela-based consortium member that fact checks online news, told Reuters the research program “seems to have fallen into a hiatus,” and the organization has not heard from Twitter since Musk s acquisition.

“But we hope that it will resurface at some point, as it is a very valuable initiative,” said spokesperson Adrian Gonzalez.