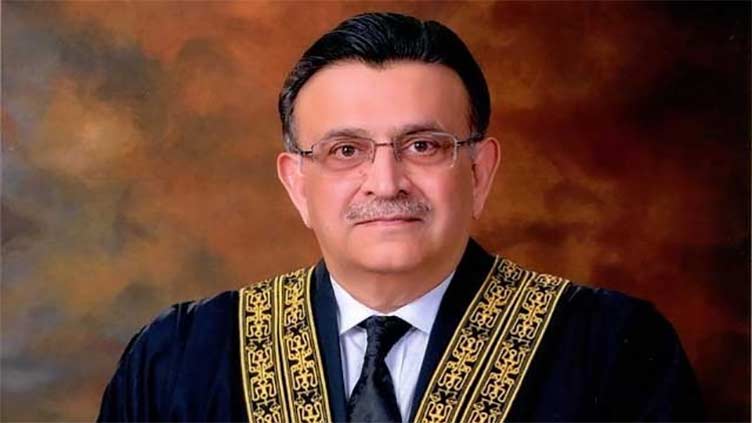 The CJP expressed grief and said Latif Afridi’s murder was a tragedy.

Meanwhile, police presented suspect Adnan Afridi before the court and sought his physical remand. Police told the court that the suspect confessed to murdering Mr Afridi and claimed that it was a case of enmity.

Police requested the court to grant the suspect’s physical remand for further investigation, which was approved.

The seasoned advocate was shot dead by a man on the Peshawar High Court premises on Monday. Sources said the suspect opened fire at him when he was sitting with other lawyers in the bar room. He was injured and taken to the Lady Reading Hospital where he was pronounced dead.

Police arrested the suspect and launched a probe into the incident. Preliminary investigation revealed that the suspect fired nine bullets, six of which hit the advocate.

Bar associations in KP, Islamabad and Lahore are observing a day of mourning and strike to mourn the tragedy.

Advertisement
Related Topics:Chief Justice of PakistanpakistanUmar Ata Bandial
Up Next