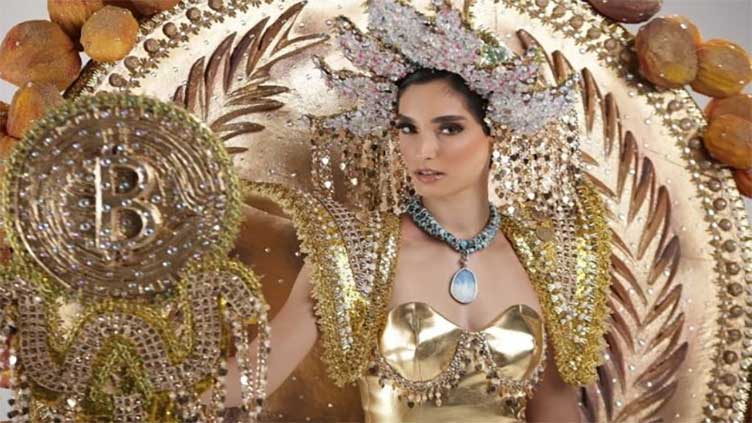 A Miss Universe contestant from El Salvador strutted onto stage this week wearing a bitcoin-inspired gold bodysuit, a glittering tribute to her country becoming the world’s first to adopt the crypto-currency as legal tender two years ago.

Alejandra Guajardo, the Salvadoran beauty queen set to compete at the global contest’s 71st annual event in New Orleans, shared photos and videos of herself in the costume on Instagram late Wednesday, complete with gold booted stilettos.

In her post’s caption, Guajardo praised her homeland as “a country with a true vision of positive change for the future” while pointing to the government’s much-criticized decision to adopt bitcoin as legal currency in 2021 alongside the U.S. dollar.

Designed by fellow Salvadoran Francisco Guerrero for the “national costume” stage of the competition, the currency-themed outfit includes a staff topped with a golden bitcoin and a huge colon coin strapped to her back ringed by cacao beans.

The colon was the local currency for about a century ending in 2021, when the U.S. dollar was adopted; in ancient times cacao was used as money across mesoamerica.

Guajardo showed off the eye-catching fashion during a preliminary session ahead of the pageant’s formal start this Saturday.

Guajardo’s costume caught the attention of the online Bitcoin community on Thursday, with many pledging their support and rooting for her victory.

To have a chance in the pageant, she must fare much better than bitcoin’s recent performance.

Bukele has made no secret of his ambition to make the Central American nation a crypto hub, complete with a bitcoin “city,” though adoption of the coin has faltered since being introduced as an official currency. 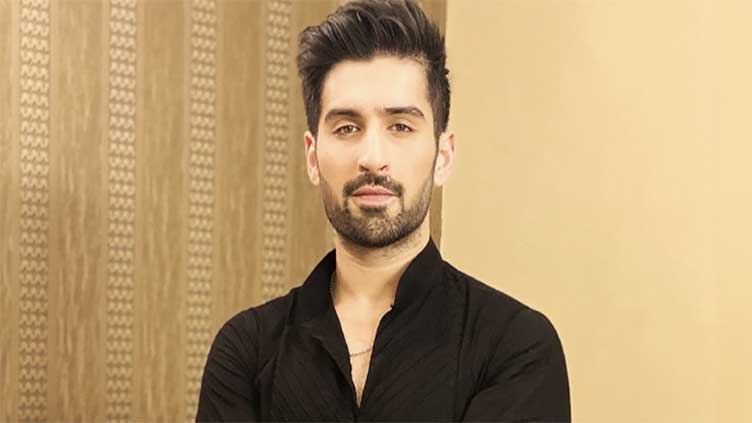 Faique Ali Jagirani, Feroze Khan’s advocate, filed a defamation suit against actor Muneeb Butt saying that the actor had tried to bring disrepute to his firm.

Actor Muneeb Butt took to Instagram and alleged that the lawyer of Feroze Khan was trying to increase his followers on YouTube.

Jagirani has now approached the FIA for action against Butt for “defaming” him and his firm.

The complaint was submitted on Friday by Jagirani to the FIA’s cyber crime wing. “Mr Muneeb Butt who is working in showbiz industry is defaming my law firm, namely Coopers Law Firm, and myself as a lawyer, without any reason on various social media platforms such as Instagram. Such act of Muneeb Butt has violated by constitutional right saved under Article 14 of the Constitution of Pakistan of 1973, inviolability of dignity of men etc. as well his malafide intention with ulterior motives to defame me and my law firm,” he wrote. 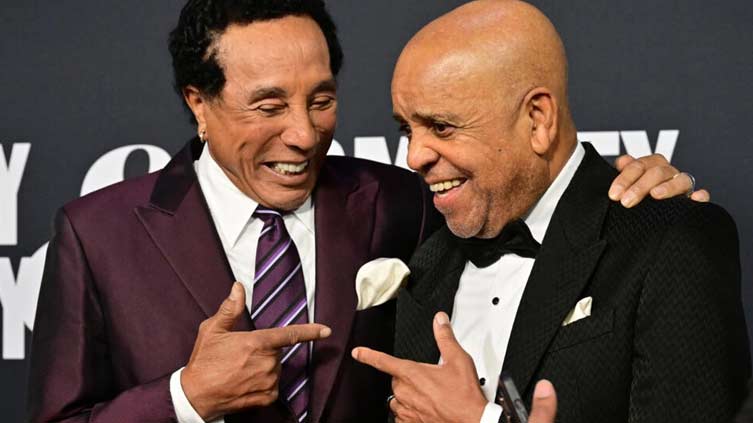 Smokey Robinson and Berry Gordy, the visionary creative duo behind the revolutionary Motown genre, saw their legacy play out onstage Friday at a pre-Grammy gala honoring their life’s work.

From Robinson’s “The Tracks of My Tears” to “My Girl” songs, Motown defined the 1960s and influenced scores of artists that followed.

Gordy’s now iconic Motown Records, which the 93-year-old founded in Detroit in 1959, also played a pivotal role in uniting Black and white music fans in a decade convulsed by racial divisions.

Robinson was only 17 years old when he was recruited to join the label, where the balladeer became a prolific songwriter and seminal figure of the early days of R&B and soul.

The star-studded gala that this year included Motown prodigy Stevie Wonder is an annual pre-Grammy tradition from MusiCares, the charitable wing of the Recording Academy that raises money to help musicians in need.

“Both loom so large in music, and their stories are so intertwined, that picking just one as the MusiCares Person Of The Year — an honor previously bestowed on Joni Mitchell, Quincy Jones, Aerosmith, and other luminaries — would be a half-measure,” the institution said.

The Temptations opened the show with a rollicking rendition of their smash hit “The Way You Do The Things You Do” and later crooned “My Girl” as Gordy and Robinson flashed megawatt smiles and bopped along.

Sheryl Crow belted out Jackson 5’s “I Want You Back” in a feathered, sparkling minidress, and Jimmie Allen performed “Ain’t No Mountain High Enough” with Valerie Simpson, who co-wrote that hit, which Marvin Gaye and later Diana Ross made famous.

“You guys mean the world to me,” he said before singing “Easy,” the beloved track he made famous with the Commodores in a performance that bought the room to its feet.

Wonder had the room standing once again as he delivered a reggae-tinged version of “Tears of a Clown.”

“I wouldn’t be here” without Robinson and Gordy, said Wonder — the virtuoso and music luminary who auditioned for Motown at just 11 years old. 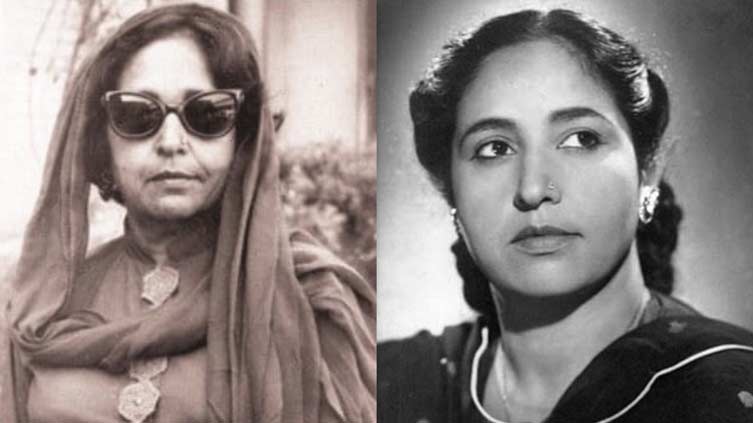 The 19th death anniversary of legendary folk and ghazal singer Malika Pukhraj is being observed on Saturday, Feb 4.

She was given the title of Malika due to talent and popularity. Her best work includes ghazals such as “Abhi To Main Jawan Hoon”, “Mare Qatil Mare Dildar Mere Paas Raho”, “Lo Phir Basant Aaye” and “Piya Baaj Piyala Piya Jaye Na”, among many others. These songs are still famous amongst music enthusiasts in Pakistan.

Pukhraj was born in 1912 in Hamirpur to a family of musicians. She was named Malika by a spiritual guru while her aunt, who was also a famous musician, gave her the name of Pukhraj.

The singer had been interested in music ever since her childhood and wanted to follow in her family’s footsteps. She received her early music education from Ustad Ali Baksh Kasuri, the father of famous vocalist Ustad Bade Ghulam Ali Khan.

At the age of nine, Pukhraj performed in front of a huge crowd at the coronation ceremony of Maharaja Hari Singh. He was instantly impressed by the young talent and appointed her as a court singer in his darbar where she served for the next nine years.

After that, Pukhraj began singing professionally. During the 1940s, she emerged as a big singer and her popularity peaked on both sides of the border. After the creation of Pakistan, she chose to settle in Lahore and restarted her career in here with Radio Pakistan, receiving a great response. Pukhraj also branched into folk singing alongside her classical music.

In 1977, the singer was invited by the Indian government (as she worked at All India Radio before Partition) and was awarded the Legend of Voice Award. Following that, in 1980, Pukhraj was given the Pride of Performance Award by the government of Pakistan as well.

Pukhraj passed away in Lahore on Feb 4, 2004. She was survived by her daughter Tahira Syed, who is also an accomplished singer herself.