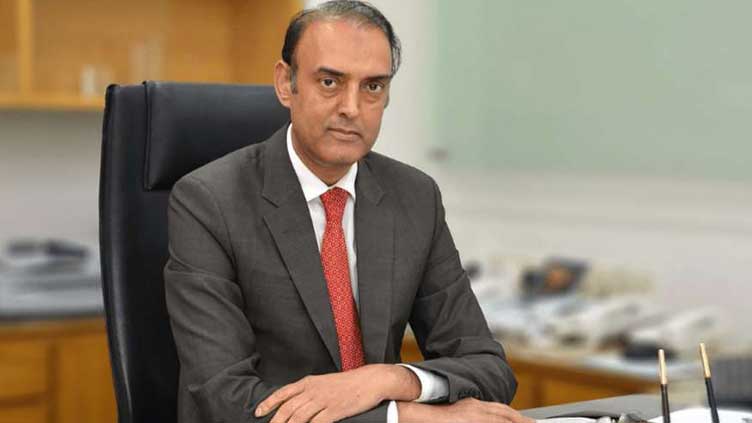 State Bank of Pakistan (SBP) Governor Jameel Ahmad on Wednesday expressed hope that the country s foreign exchange reserves would increase after the influx of US dollars next week, saying the process to open letters of credit (LCs) would be restored soon.

Addressing the business community at the Federation of Pakistan Chambers of Commerce and Industry (FPCCI) in the provincial capital, he said the central bank wanted to facilitate the business communtiy [at every cost]. He said the government had to take some tough measures in the wake of widening currenct account deficit (CAD).

The governor admitted that the imports witnessed a drop and that the central bank was facilitating the process for the agriculture sector. He said 33,000 LCs had been cleared so far. He said the SBP facilitated shipments under the categories of essential, energy, export-oriented industries, agriculture inputs, deferred payment / self-funded imports and imports for export-oriented projects near completion.

“Our capacity to export will build up only after we complete export-oriented projects, thus we have facilitated the timely completion of these projects,” he said.

Industrialists and businessmen complained to the governor that if the supply chain was not restored, there would be a flood of unemployment in the country and the prices of pulses would go up to Rs1,000 per kg in Ramazan.

FPCCI President Irfan Sheikh said exporters and importers were looking towards the SBP for resolution of their problems.

Former FPCCI pesident Nasir Magu said the people sitting in the central bank considered themselves the World Bank and the IMF, fearing riots in March this year. He suggested that the dollar transfer should be allowed in the open account.

“Iran is doing barter trade with Europe and India and in this way millions of dollars can be saved,” he said and warned that if supply chain was restored, there would be a flood of unemployment and the prices of pulses would be Rs1,000 per kg in Ramazan.

Ex-FPCCI president Anjum Nisar lamented that the Ministry of Finance and the SBP had no policy to solve the crisis. “It seems that the central bank is hand in glove with the commercial banks as industries are shutting and people are being laid off.” Mr Nisar said the banks were giving three rates of US dollar.

Speaking on the occasion, industrialist Zakaria Usman said an open import of dollars should be allowed on an indvidual basis.

Bilateral trade with Turkiye surpasses $ 1b in 11 months: FPCCI 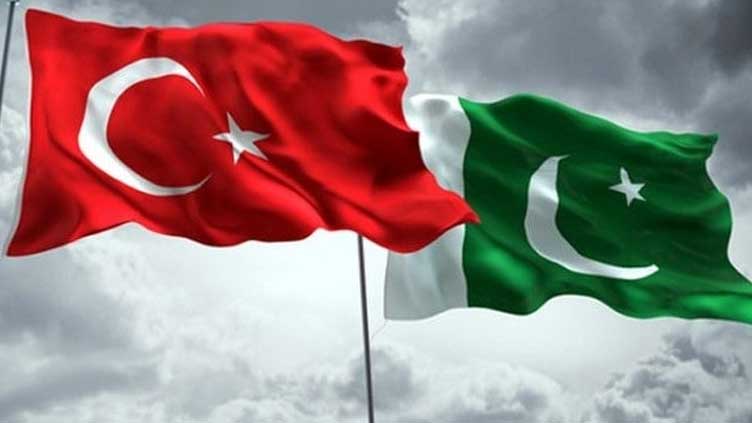 President Federation of Pakistan Chamber of Commerce and Industry (FPCCI), Irfan Iqbal Sheikh Thursday said that Pak-Turkiye bilateral economic and trade relations were improving; whereas the bilateral trade with Turkiye had surpassed $1 billion.

It was a milestone and we could only envisage Pakistani exports to Turkiye growing steadily from here onwards, he added.

It is pertinent to note that a high-profile and large Turkish trade delegation is visiting Pakistan; and, FPCCI has organized a multi-sector B2B networking session for the delegation.

The B2B event attracted top traders from all sectors of both the countries and a total of 350 traders took part in the meetings – encompassing diverse industries; exploration of joint ventures; transfer of knowledge and technology; assessing the trade potential in non-conventional product segments and vistas that will be opened after the Turkish parliament passes that Trade in Goods Agreement (TGA) with Pakistan.

Addressing the official dinner in honor of Turkish delegation hosted by FPCCI, Suleman Chawla, SVP FPCCI said that Pakistan and Turkiye had never been positioned for more robust, diverse and large-scale bilateral trade growth as they were now due to Pakistan’s accession into TIR Convention for land-based cargoes.

The Chairman of FPCCI’s Pakistan-Turkiye Joint Business Council (PTJBC) apprised the audiences that FPCCI was closely working with DEIK and TOBB for business-to-business and chamber-to-chamber cooperation; and, FPCCI was striving to benefit from Turkiye’s technological advancements in industrial production, quality standards as good as any other European countries, entrepreneurial zeal and exportable goods.

He added that after visit of the aforementioned delegation of Turkish Exporters Assembly (TIM) and Eastern Black Sea Exporters Association (DKiB), which were the top bodies of Turkish traders; and, this visit would result in enhanced bilateral trade and joint ventures.

Ahmet Hamdi Gurdogan, head of the Turkish delegation, Supervisory Board Member of Türkiye Exporters Assembly and Vice President of Eastern Black Sea Exporters Association, said that the delegation comprised of 45 members and they were looking for their local partners for industrial, trade and commercial cooperation. He also apprised that Turkiye wanted to cement trade relations with Pakistan on the lines of Turkiye-Iran trade relations – making full use of geoeconomic advantages; transit trade and capitalizing on land-based regional connectivities.

Cemal Sangu, Consul General of Turkiye, highlighted that Pakistan had a population of 220 million and Turkey had a population 85 million; and, those 305 million plus people and consumers substantiate a bilateral trade volume of at least $5 billion. This milestone could be achieved in short-term and should not take more than 2 – 3 years to achieve; and, the new TGA should enable us to reach $15 billion 5 – 10 years, he added. 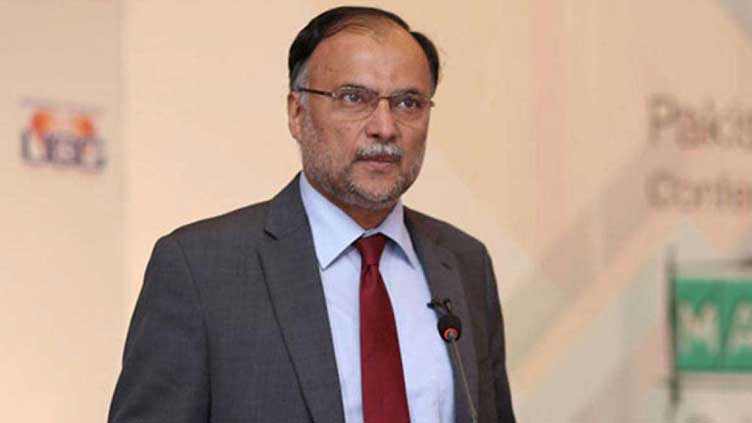 Federal Minister for Planning Development and Special Initiatives Prof. Ahsan Iqbal on Friday said that export-led growth is the cure for our economic woes for boosting the country’s economic growth.

The Ministry for Planning Development and Special Initiatives will recommend to Prime Minister, Muhammad Shahbaz Sharif that an export emergency should be declared to take the country out of economic quagmire; said the Minister for planning, while meeting the top Pakistani exporters, said a press release issued here.

The meeting was attended by the Exporters Representatives from Steel, Pharmaceutical and Textile sectors, who also apprised the minister about the problems faced by them in the course of doing business and exporting indigenous products abroad.

The Minister while assuring them about the full-fledged support of the Government remarked that we will provide all-out support to the Industrial sector for resolving their issues.

He also asserted that the business community should present to the Government of any red-tapism or any other bottlenecks in the way of undertaking any venture, “we will cut Red Tape”, said the Minister.

He added that the incumbent Government is pursuing a business-friendly policy and promoting a conducive environment for entrepreneurs.

The Minister said that in the past, we learnt to consume instead of earning. He also said that the survival of the country depends on the premise that whether we can enhance our exports from $32 billion to $100 billion in the shortest possible time. The Government stands with the Industrial sector to attract Foreign Direct Investment (FDI) and to push Exports.

The Minister offered the platform of the Ministry of Planning and Development to the private sector for assisting in the resolution of their problems.

The Minister lamented that CPEC provided us a golden opportunity to turn-around the economy of Pakistan but the opportunity was squandered due to the bad economic policies of the previous regime.

However, we are committed to reviving the CPEC Project. He added that China imports $2250 Billion worth of goods out of which Pakistan has a meager share of $ 3 billion, which is dismal.

The Minister laid emphasis to target the Chinese market and increase market share in the US and European markets so that a progressive export-led economy can be realized adding that the Government will support the industrial sector to meet the challenges of global competitiveness.

The Minister said that vision 2010 and Vision 2025 envisioned revamping the Economic structure and bringing prosperity and development in Pakistan but unfortunately Political instability derailed the journey of progress. 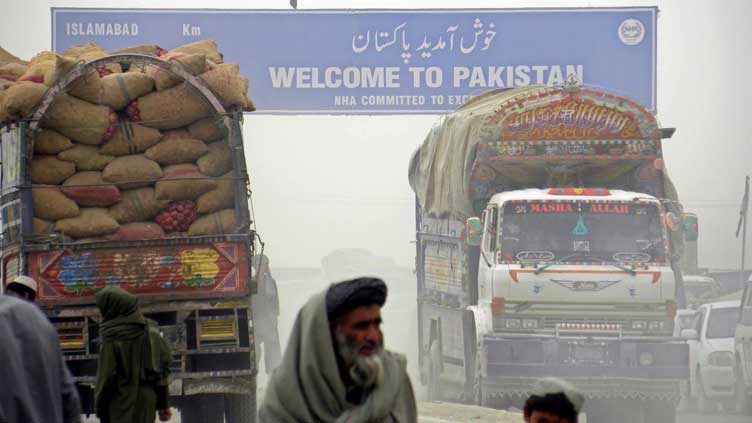 Pakistan s export of goods and services to Afghanistan witnessed an increase of 4.60 percent during the first half of the current fiscal year (2022-23) as compared to the exports of corresponding period of last year, State Bank of Pakistan (SBP) reported.

Meanwhile, on a month-on-month basis, the exports to Afghanistan rose by 2.77 percent during December 2022 as compared to the exports of US $37.263 million in November 2022, the SBP data revealed.

Overall Pakistan s exports to other countries witnessed a decrease of 6.76 percent in the first six months, from US $ 15.242 billion to US $ 14.211 billion, the SBP data revealed.

On the other hand, the imports from Afghanistan into the country during the period under review were recorded at US $13.253 million against US $90.430 million last year, showing a decline of 85.34 percent in July- December (2022-23).

On a month-on-month basis, the imports from Afghanistan into the country increased by 25.92 percent during December 2022, as compared to the imports of US $1.373 million during November 2022, according to the data.

Based on the trade figures, the trade of goods and services with Afghanistan witnessed an increase of 58.80 percent in surplus during July-December (2022-23) as compared to the corresponding period of last year.

The surplus during the period under review was recorded at US $238.327 million against US $150.074 million during the same period of last year, showing growth of 58.80 percent, the data revealed.