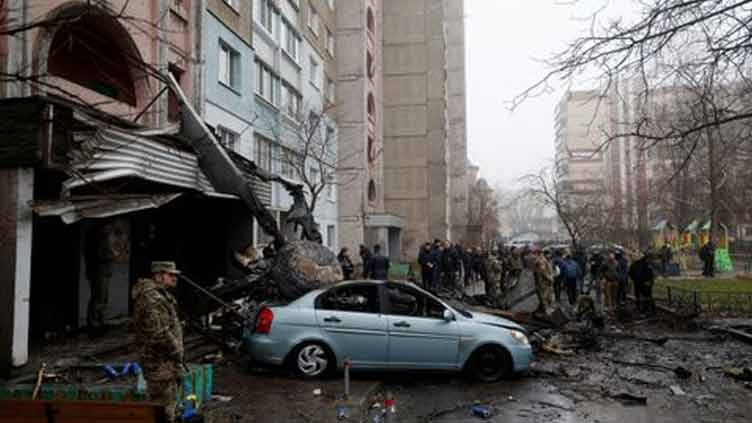 Sixteen people including Ukraine s interior minister and other senior officials were killed on Wednesday when a helicopter crashed in a suburb outside Kyiv, the national police chief said.

The helicopter came down near a nursery in the town of Brovary on the capital s eastern outskirts. Two children were among the dead and 10 were in hospital, officials said

Officials gave no immediate account of the cause of the crash and there was no immediate comment from Russia, which invaded Ukraine last February.

Interior Minister Denys Monastyrsky, responsible for the police and security inside Ukraine, would be the most senior Ukrainian official to die since the war began.

National police chief Ihor Klymenko said Monastyrsky had been killed along with his deputy and other senior ministry officials.

“There were children and…staff in the nursery at the time of this tragedy. Everyone has now been evacuated. There are casualties,” Kyiv region governor Oleksiy Kuleba wrote on Telegram.
Reuters journalists at the scene saw several dead bodies draped in foil blankets in a courtyard near the building damaged by the crash.

Videos shared on social media showed a burning building and people could be heard screaming. Reuters was unable immediately to verify the footage.

“We are finding out information about casualties and the circumstances,” the deputy head of Ukraine s presidential office, Kyrylo Tymoshenko, wrote on Telegram.

Advertisement
Related Topics:International
Up Next 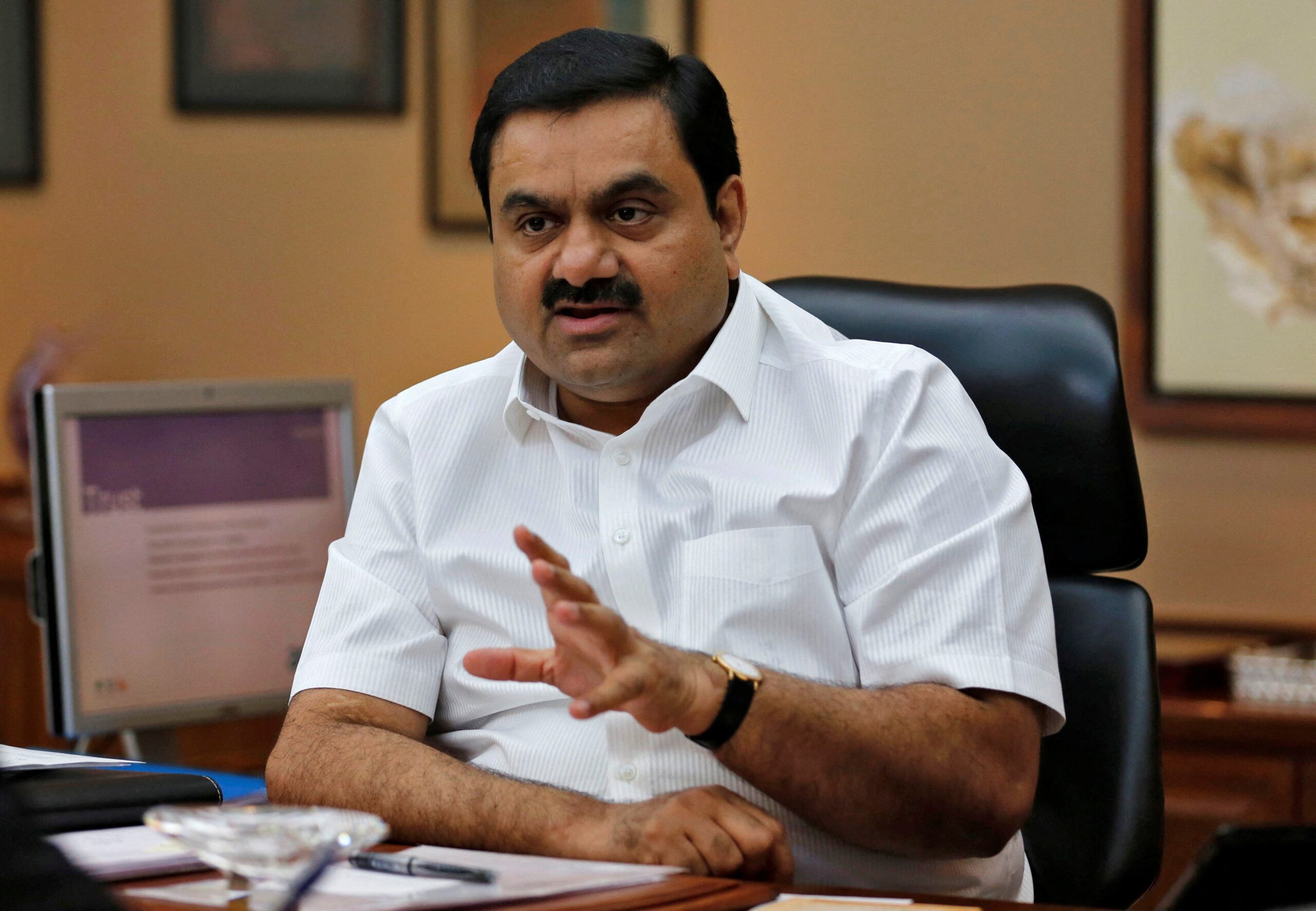 The withdrawal of Adani Enterprises’ (ADEL.NS) share sale marks a dramatic setback for Adani, the school dropout-turned-billionaire whose fortunes rose rapidly in recent years in line with the stock values of his businesses.

Adani on Wednesday called off the share sale as a stocks rout sparked by US short-seller Hindenburg’s criticisms deepened, despite the offer being fully subscribed on Tuesday. In the fallout of the short-seller’s attack, Adani has also lost his title as Asia’s richest man.

The stocks tumble and shelving of the share sale mark an embarrassing turn of events for the billionaire who has forged partnerships with foreign players in his global expansion of businesses that stretch from ports to mining to cement.

Adani is now the world’s 16th richest, as per Forbes’ list, down from third rank last week.

India’s central bank has asked local banks for details of their exposure to the Adani group of companies, government and banking sources told Reuters on Thursday. CLSA estimates that Indian banks were exposed to about 40% of the 2 trillion rupees ($24.53 billion) of Adani group’s debt in the fiscal year to March 2022.

Earlier this week, the Adani group said it had the complete support of investors, but investor confidence has tapered in recent days.

Citigroup’s (CN) wealth unit has stopped extending margin loans to its clients against securities of Adani group, a source with direct knowledge of the matter said on Thursday. Citi declined to comment.

Hindenburg’s report last week alleged an improper use of offshore tax havens and stock manipulation by the Adani group. It also raised concerns about high debt and the valuations of seven listed Adani companies.

The Adani group has denied the accusations, saying the short-seller’s allegation of stock manipulation has “no basis” and stems from an ignorance of Indian law. The group has always made the necessary regulatory disclosures, it added.

As shares plunged after the Hindenburg report, Adani managed to secure the share sale subscriptions on Tuesday even though the stock’s market price was below the issue’s offer price. But on Wednesday, stocks plunged again.

In a late night announcement on Wednesday, Adani said he was withdrawing the share sale as the company’s “stock price has fluctuated over the course of the day. Given these extraordinary circumstances, the company’s board felt that going ahead with the issue will not be morally correct.”

‘I can’t be bullied’, says Sarwat Gilani to online trolls 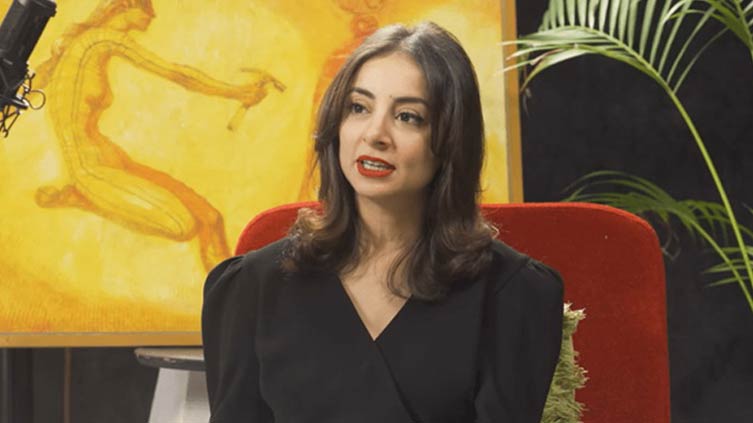 In the entertainment industry, celebrities have often spoken out about the harmful effects of online trolling on their mental health. Following in the footsteps of Syeda Tuba, Saboor Aly, Anoushey Ashraf, and others, Sarwat Gilani has urged fans to be more understanding and to resist the urge to spread negativity online.

During an appearance on Frieha Altaf’s podcast, Gilani shared how celebrities can be impacted by negative comments and the complexities they face as a result. She emphasised the importance of focusing on positivity and speaking out against online hate.

Gilani compared the issue to the recent criticism faced by Prince Harry and Megan Markle, and expressed how virtual hate can be extremely damaging, leading to depression and insecurity. She personally stated that she refuses to be bullied and that just because someone has internet access and a keyboard, it does not give them the right to put others down.

“I am the bully, I can’t be bullied. I will be a bully to people who are bullying me, always. I’m never a bully with weak or meek people. I feel that just because you have an internet connection and a keyboard, it does not give you the entitlement to put people down,” she said.

The “Churails” actor pointed out that it is a cultural issue to focus on the negative rather than highlighting the positive. She suggested that this behavior is a result of people not being happy in their own lives, and that they judge and bring others down to feel better about themselves.

Gilani also highlighted the lack of effort people put into their judgments and how this was evident during the promotion of her Cannes-winning film “Joyland”. She concluded by urging people to look within themselves and resist negativity, rather than spreading it. 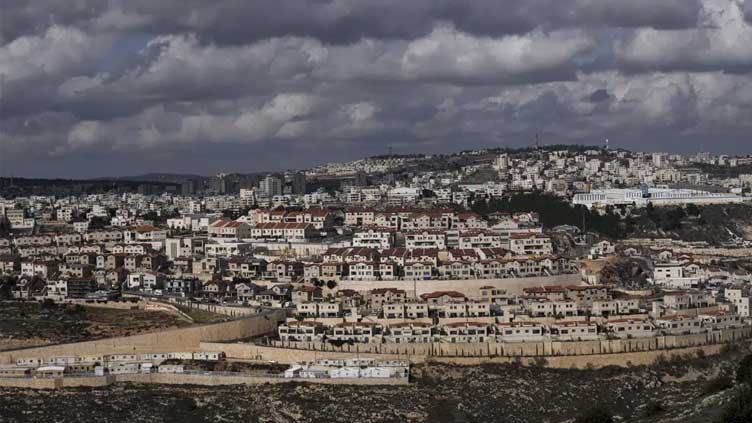 The report, by WestBankJewishPopulationStats.com and based on official figures, showed the settler population grew to 502,991 as of Jan. 1, rising more than 2.5% in 12 months and nearly 16% over the last five years.

“We’ve reached a huge hallmark,” said Baruch Gordon, the director of the group and a resident of the Beit El settlement. “We’re here to stay.”

The milestone comes as Israel’s new government, made up of ultranationalist parties who oppose Palestinian statehood, has placed expanding settlements at the top of its priority list. Already the government has pledged to legalize wildcat outposts that have long enjoyed tacit government support and to ramp up approval and construction of settler homes around the West Bank.

“I think that in the coming years of this government there will be more building than there has been in the last 20 years of governments,” Gordon said.

Settlements have flourished under every Israeli government, including at the height of the peace process in the 1990s. Even Israel’s short-lived previous government, which included parties supporting Palestinian statehood along with those opposing it, continued to build settlements.

The report also comes as a new spasm of violence is shaking the region and days after a visit by U.S. Secretary of State Antony Blinken, who pledged support for an independent Palestinian state. The settler population has continued to grow under the Biden administration, despite renewed American appeals to rein in construction following years of President Donald Trump’s hands-off approach.

The settler population report does not include annexed east Jerusalem, home to more than 200,000 settlers. The West Bank and east Jerusalem are together home to some 3 million Palestinians.

Israel captured the West Bank, east Jerusalem and the Gaza Strip in the 1967 Mideast war. The Palestinians seek those territories for an independent state.

Although Israel withdrew troops and several thousand settlers from Gaza in 2005, it has charged ahead with settlement building in the West Bank and east Jerusalem. Dozens of settlements dot the territory, some as small as a few mobile homes and others sprawling cities, with malls and public transport of their own.

Much of the international community views the settlements as illegitimate and an obstacle to peace. The Palestinians see them as a land grab that undermines their chances to establish a viable, contiguous state.

“All settlements are illegal. There is no legitimacy for settlements or the presence of settlers in the Palestinian territories,” said Nabil Abu Rudeineh, a spokesman for Palestinian President Mahmoud Abbas. “The increase in the number of settlers is the result of Israeli government policies that do not believe in the two-state solution,” which would create an independent Palestinian state next to Israel.

Israel claims the West Bank is disputed territory, rather than occupied, saying that terminology denies the Jewish people’s historical presence in the land. It argues that the fate of settlements should be part of negotiations to bring about an end to the conflict.

Peace efforts have been moribund for nearly 15 years, while Israel continued to establish facts on the ground with more settlement construction and a Palestinian political rivalry complicated peacemaking.

The settlers and their many supporters in government view the West Bank as the biblical and historical heartland of the Jewish people and are opposed to any partition.

Palestinians and Israelis in the West Bank live under a two-tiered legal system that grants settlers special status and applies much of Israeli law to them including the right to vote in Israeli elections and the ability to access certain public services. Palestinians live under Israeli military rule and they do not enjoy the legal rights and protections afforded to settlers.

The open-ended military occupation has led three well-known human rights groups to conclude that Israel is committing the international crime of apartheid by systematically denying Palestinians equal rights. Israel rejects those accusations as an attack on its very existence as a Jewish-majority state and points to the achievements of its citizens of Palestinian origin to counter the argument.

The increasingly authoritarian and unpopular Palestinian Authority, established through agreements with Israel in the 1990s, administers parts of the West Bank, while the Islamic militant group Hamas controls Gaza, which is under an Israeli-Egyptian blockade.