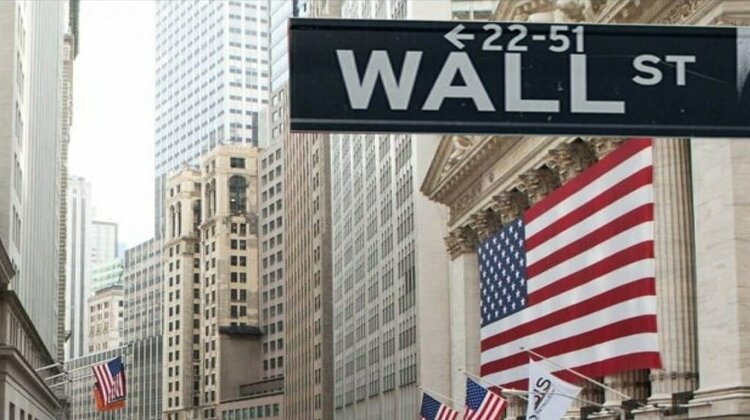 US stock indices declined as a result of concerns that the Federal Reserve would continue its aggressive rate-hiking cycle which may potentially push the economy into a recession in light of statistics showing a tight job market.
The Labor Department s data revealed an unexpected decline in US weekly unemployment claims demonstrating the labor market s resiliency in an environment with increased interest rates.
The decline in retail sales in December and a decline in inflation in the previous session gave rise to optimism that the Fed would further curtail the magnitude of its interest rate rises next month but the report did not alter those views.
On the other hand, the markets have priced in a 25-basis point rate increase from the US central bank for February and anticipate the terminal rate to be at 4.89% by June.
The Dow Jones Industrial Average and the S&P 500 are currently on track to see their third straight day of losses.
At 12:21 p.m. ET, the Nasdaq Composite was down 109.91 points, the S&P 500 was down 29.38 points and the Dow Jones Industrial Average was down 224.90 points.
Later on Thursday, Netflix Inc. is anticipated to present its weakest quarterly revenue growth. Shares of the firm decreased 1.6%.
On the NYSE and the Nasdaq, declining issues outnumbered advancing issues by a ratio of 2.09 to 1 and 2.10 to 1, respectively.
The Nasdaq posted 28 new highs and 27 new lows, compared to the S&P index s one new 52-week high and two new lows.

Related Topics:Business
Up Next

US debt limit talks will take time but deal is anticipated: Moody’s 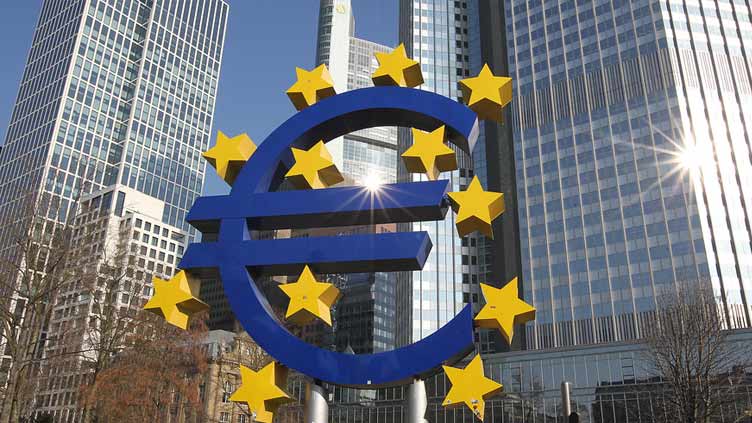 The European Central Bank is set to hike interest rates again Thursday as it pursues its inflation fight, despite tentative signs the eurozone has weathered shocks from the Ukraine war better than feared.

Since July, it has lifted interest rates by 2.5 percentage points to tame consumer price growth — which peaked in October at over five times the bank’s two-percent target.

The bank’s governing council is expected to deliver a half percentage point hike on Thursday, the same as at their last meeting in December.

But, with inflation starting to slow, this is down from two jumbo 0.75 percentage point lifts before that.

The Frankfurt-based institution’s president Christine Lagarde “should reiterate that inflation… remains too high and reaffirm the absolute necessity for the ECB to continue to act over time to bring it down,” said Franck Dixmier at Allianz.

The Federal Reserve also lifted rates again Wednesday, but downshifted to a smaller 0.25 percentage point increase as inflation cools in the United States.

Meanwhile, the Bank of England is also expected to increase borrowing costs again on Thursday.

In the eurozone, recent data have raised hopes the worst of the economic shock may have passed.

Eurozone inflation fell by more than expected to 8.5 percent in January, while the 20-nation currency club eked out growth at the end of 2022, defying fears of a contraction.

The less gloomy figures have given cause for hope that Russia’s efforts to strangle crucial gas supplies to Europe may not trigger the economic shock once feared.

As Moscow slashed deliveries following its invasion of Ukraine, European governments rolled out relief measures to cushion consumers and businesses from surging prices, and rushed to fill up storage facilities.

‘More positive’ signs
Wholesale gas prices have been easing while relatively mild winter weather has meant supplies have not been used up as quickly as expected.

Analysts hope that other factors, such as easing supply chain problems and the reopening of China’s Covid-hit economy, are now offsetting the fallout from Ukraine.

After months of doom and gloom, officials are striking a more positive note about the outlook.

Speaking at the World Economic Forum in Davos last month, Lagarde said the eurozone economy will fare “a lot better” than initially feared, with the news “much more positive in the last few weeks”.

Signs of weakness are still causing concerns, however.

GDP in Germany, Europe’s top economy, unexpectedly contracted at the end of 2022, signalling it may be about to tip into recession.

But it is expected to be a shallow contraction, and the government has forecast the economy will expand slightly over 2023 as a whole.

While the ECB has stressed it will “stay the course” to bring inflation back to target, policymakers are walking a fine line — seeking to tighten enough but not so much that it dramatically deepens economic pain across Europe.

Most analysts also expect a further 0.50 percentage point hike in March but, with inflation starting to ease, there are already signs of a debate among policymakers about when to slow the pace.

ECB board member Fabio Panetta, known for his dovish stance, said the bank should not commit to any particular hike beyond the forthcoming meeting.

Others, such as Joachim Nagel, the head of Germany’s Bundesbank central bank, have backed further hikes going forward.

All eyes will be on Lagarde’s comments after the rate decision is announced for hints of a future direction. 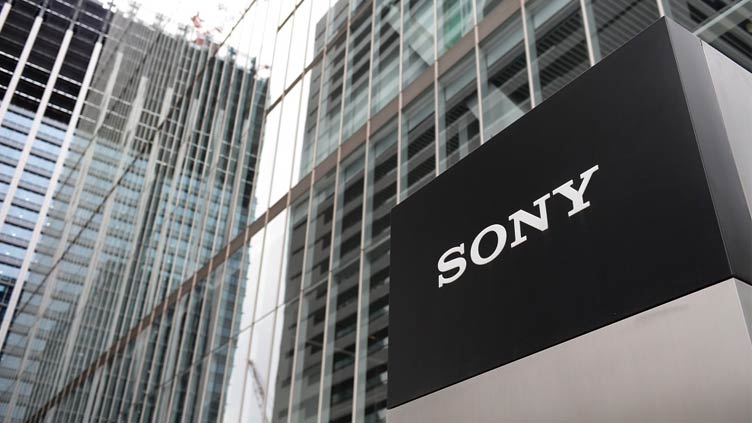 This was partly thanks to strong sales in the game, music and imaging-and-sensors sectors in the third quarter, an important holiday shopping period, the company said.

In the 2022-23 financial year, Sony Group now expects a net profit of 870 billion yen, up from the previous estimate of 840 billion yen.

Its operating profit forecast is now 1.18 trillion yen, up from 1.16 trillion, with income in the gaming division “expected to be higher than the November forecast mainly due to the positive impact of foreign exchange rates”, the company said.

The Japanese currency has gained ground against the greenback in recent months but the dollar still buys around 128 yen, compared with around 114 yen a year ago.

Sony sold 12.8 million PlayStation 5 units in the first nine months of the current financial year, with 7.1 million of those shifted in October-December.

This year’s figure is already more than the 11.5 million sold in 2021-22, when supply chain problems slowed production of the next-generation console.

“Based on this performance, the company has set its full-year sales forecast for the current fiscal year at 19 million (PS5) units, and will work to sell as many units as possible to meet strong demand by optimising its operations,” chief financial officer Hiroki Totoki told reporters.

“I believe user engagement is on the road to recovery thanks to the popularity of the PS5, and hit titles” like “God of War Ragnarok”, he said.

The PS5 has some major titles in the pipeline, including the “highly anticipated” game “Final Fantasy XVI”, he noted.

Sony’s gaming rival Microsoft has sparked an industry battle with its acquisition of “Call of Duty” maker Activision Blizzard — a huge $69 billion purchase that has yet to be finalised while it is examined by antitrust authorities.

A year ago, weeks after Microsoft unveiled its acquisition plan, Sony said it would buy US game studio Bungie, creator of hits like “Halo” and “Destiny”.

Sony also announced a reshuffle at the top of the company on Thursday, with chief financial officer Totoki to also become president and chief operating officer.

The yen’s fall was helped by the contrast between the US Federal Reserve’s interest rate hikes and the Bank of Japan’s longstanding monetary easing programme.

“Sony has a wide range of businesses, so the impact of foreign exchange changes are unevenly felt in various areas,” Yasuda said.

The company said sales in its pictures division were expected to be lower than previously forecast, partly because of “the impact of foreign exchange rates” which make it more expensive to produce films abroad. 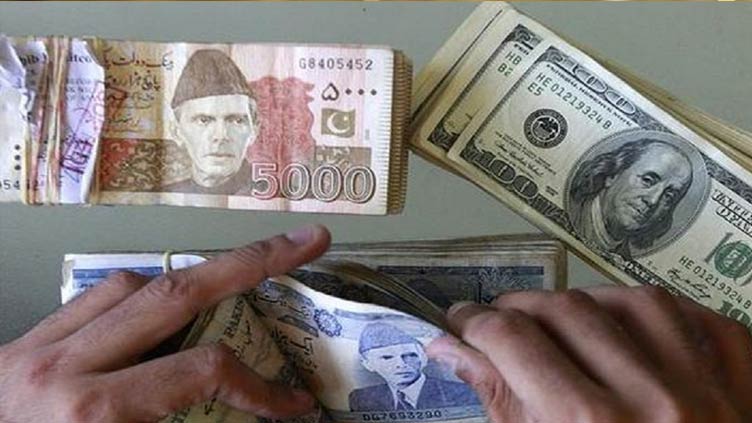 The US dollar continued its ascent on Thursday against the Pakistani rupee and was being traded at a new all-time high in the interbank market.

The greenback gained Rs3.17 and was being quoted at around 272 against the local currency compared to previous session close of Rs268.83.

According to experts, the local unit is being pressurized by the delay in the IMF tranche and rising political and economic uncertainty in the country.

Economic experts and business community fear that extraordinary weakening of the rupee will not only trigger inflationary pressures in the consumer markets, but also multiply cost of loans.