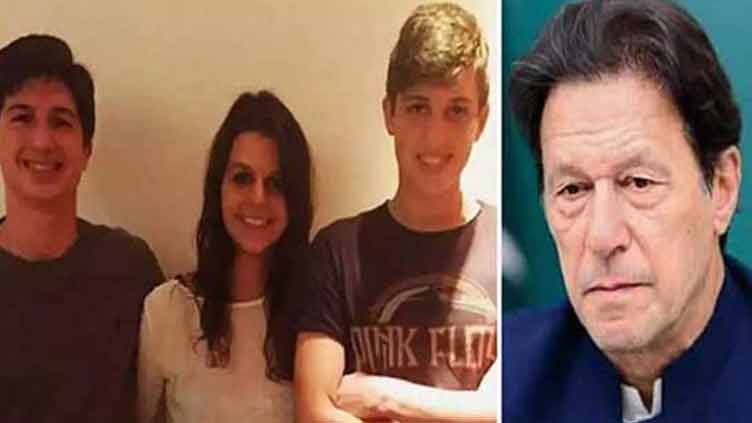 The Islamabad High Court (IHC) has provided another opportunity to PTI Chairman Imran Khan to submit his reply to a petition seeking his disqualification “for concealing his alleged daughter Tyrian White’s name in the nomination papers”.

IHC Chief Justice Aamer Farooq heard the petition filed by Mohammad Sajid who contended that Mr Khan had disclosed his two sons and not his alleged daughter Tyrian White in the nomination papers. He sought the disqualification of the former premier under Article 62(i)(f).

During the hearing, petitioner’s counsel Salman Aslam Butt submitted an additional document containing a declaration of Nov 18, 2004, by Jemima Goldsmith, the former wife of Mr Khan, regarding the guardianship of Tyrian White. The declaration stated, “I made this declaration in support of the petition of Tyrian Jade Khan White to have Caroline White (sister of Ana-Luisa Sita White, the mother of Tyrian) appointed as guardian for Tyrian”.

The declaration revealed that Jemima had refused to take up the guardianship of Tyrian Jade and suggested the name of Caroline White for it.

“I declare under penalty of perjury that the foregoing is true and correct and that this declaration was executed this 18th day of Nov 2004 at London, England,” the declaration submitted in the IHC said.

The petitioner alleged that Mr Khan did not marry Ana-Luisa (Sita) White, the daughter of the late American business tycoon Lord Gordon White, after her father threated that he would not give a penny from his inheritance to them if they tied the knot.

The petition further states: “Jemima Goldsmith had been the spouse of Imran Khan (1995-2004). The concealed facts stood confirmed by a judgement of paternity rendered by a superior court in California in favour of Sita White where it was held that the respondent (Imran Khan) was the father of Tyrian Jade.”

Salman Akram Raja, the lawyer for the PTI chief, said he was unable to submit the reply of his client in time as requirement regarding biometric verification of the litigants was not met in the case.

The IHC chief justice remarked that biometric verification had become easy due to abundance of outlets for the process. Later, the court accepted the plea of Imran Khan’s counsel and adjourned hearing till Jan 27.