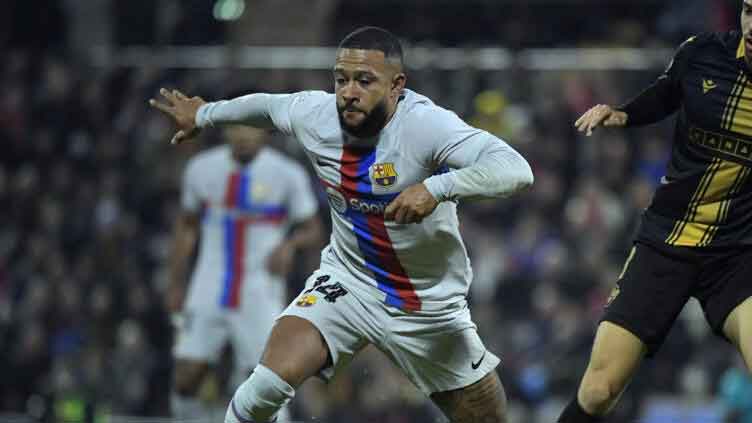 The 28-year-old has signed a two-and-a-half year deal with Atletico after an injury-hit spell at the Camp Nou.

The transfer could cost Atletico up to an extra one million euros in add-ons.

Barcelona said the deal included an option for them to buy versatile Belgian international Yannick Carrasco from Atletico.

Depay scored 14 goals in 42 matches for Barca after signing for the Catalan giants from Lyon in 2021.

But injury problems and the arrival of Poland striker Robert Lewandowski from Bayern Munich led to Depay only making four appearances for Xavi Hernandez s men this season.

Depay is the Netherlands  second highest scorer of all time with 43 goals and netted once at the 2022 World Cup.

He enjoyed a fruitful five-year spell at Lyon after a disappointing stint with Manchester United.

Diego Simeone s Atletico have struggled this term and are fourth in La Liga, 13 points behind leaders Barca, having also been knocked out of the Champions League.

Depay will be expected to replace Joao Felix who left Madrid earlier this month to join Chelsea on loan. 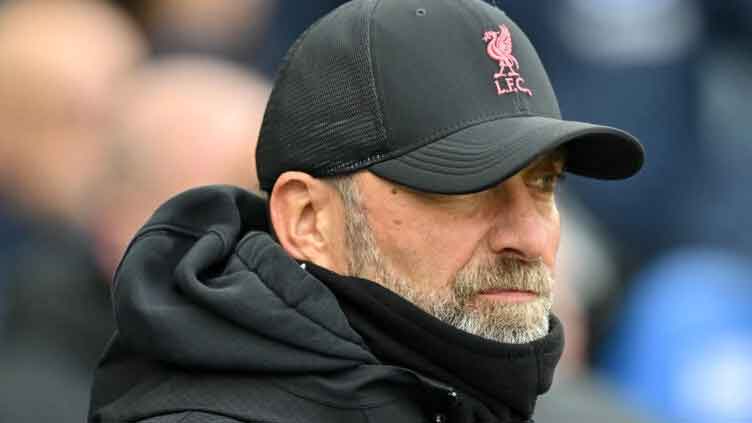 Jurgen Klopp has warned struggling Liverpool there is no room for “self-pity” as he fights to stop their troubled season spiralling further out of control.

Klopp’s side head to relegation-threatened Wolves on Saturday languishing in ninth place in the Premier League after one win in their past six games in all competitions.

The Reds, currently 10 points adrift of the top four, also crashed out of the FA Cup fourth round at Brighton last weekend, ending their defence of the trophy.

After that painful stoppage-time defeat on the south coast, Klopp drew attention to the unhappy body language of some of his players, who came close to winning a historic quadruple last season.

But Klopp, who still hopes to salvage the season, is determined to stop his squad feeling sorry for themselves.

“Self-pity is not allowed in these moments,” he said. “We are human beings and know these moments when you think ‘Oh my God, everything is going against me’.

“There’s only one person who can change that really and it’s yourself. These kind of things can happen and will happen in the future as well, but it’s about limiting the time to get back on track.”

Publicly at least, Klopp has no answers for the poor form of Virgil van Dijk, Mohamed Salah, Jordan Henderson and Fabinho, among others.

But the German believes the situation can be turned around, pointing to the recent resurgence of Manchester United’s Marcus Rashford after a poor period for his club.

“We all see that some players didn’t exactly reach the level they reached for us consistently over four or five or six years. That’s not unusual, it happens to other players as well,” Klopp said.

“One of the best examples ever probably will be Marcus Rashford. The season he had last year and the season he has this year, I’m not sure he can really explain it. Now he is flying. That’s how it goes.

“The times in between these two extremes we have to use and go through it and fight through it.

“You have to get through this and the players I know, my players, they will go through that and show again how good they are.” 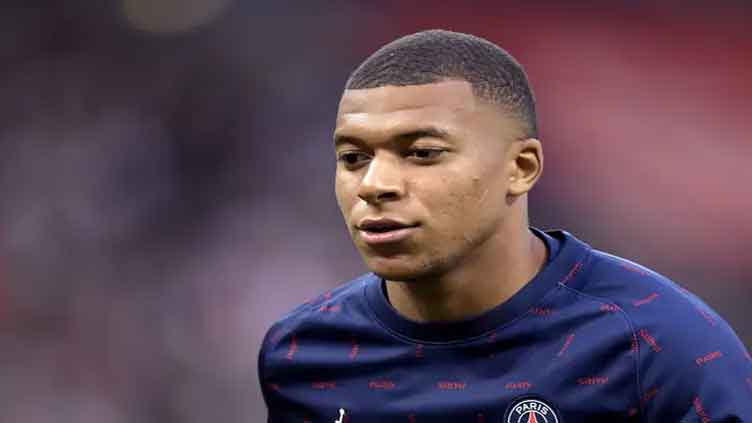 BayernMunich coach Julian Nagelsmann said on Friday he thinks Kylian Mbappe will play for Paris Saint-Germain in the first leg of their Champions League tie, accusing the French club of “playing poker”.

PSG announced on Thursday that the star forward would miss “up to three weeks” with a thigh injury, ruling him out of the February 14 clash in the French capital.

“I don’t think he’ll be out,” Nagelsmann said, claiming the Ligue 1 champions had given a speculative diagnosis of the star’s condition.

“What it says on the website is vague. If it’s not a structural injury, I can’t imagine him missing the game, but I don’t know.

“I am preparing for the game as if he is going to play.”

Mbappe, who has 25 goals for PSG this season including seven in the Champions League, was replaced in the 21st minute of his team’s 3-1 win over Montpellier on Wednesday.

Alongside Mbappe, both Neymar and Sergio Ramos are currently under fitness clouds for the French side, but both should be fit in time for the clash with Bayern.

Nagelsmann’s side have injury concerns of their own, with the long-term absences of goalkeeper Manuel Neuer, wing-back Noussair Mazraoui and defender Lucas Hernandez.

Forward Sadio Mane has been out since November but has returned to training, although he won’t feature at the Parc des Princes.

“I am expecting him back in the middle or at the end of February,” Nagelsmann said.

“It looks good and he has no more pain. But he’ll miss the first leg against Paris.”

With six wins from six matches Bayern are unbeaten in the Champions League this season, but have drawn their past three league matches ahead of Sunday’s clash with Wolfsburg.

Bayern currently sit in first place in the Bundesliga, but are just one point clear of Union Berlin.

A further three teams — RB Leipzig, Borussia Dortmund and Freiburg — are within one win of the 31-time Bundesliga winners. 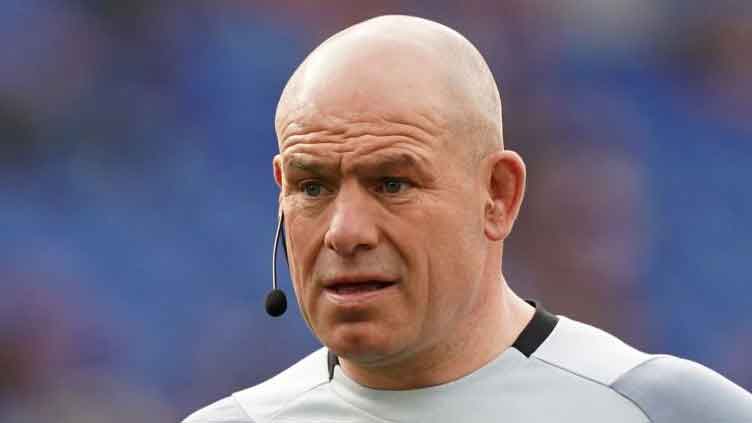 England forwards coach Richard Cockerill says the English will have no trouble matching Scotland’s “passion” when they face their oldest rivals in the Six Nations at Twickenham on Saturday.

Scotland are always keen to get the better of England in a fixture dating back to 1871.

The desire will be even more potent given the latest chapter of the rivalry comes on the opening weekend of the Six Nations.

But Cockerill, who lives in Edinburgh having previously been in charge of the Scottish capital club, said the hosts would have plenty of emotional fuel themselves as they try to beat Scotland for the first time since 2020.

“I can assure you that, tomorrow, we will have enough passion to match the Scots’ passion. Then it will be down to who plays the best rugby,” Cockerill told reporters on Friday.

Cockerill, capped 27 times by England, added: “When I was a player, it was the rivalry and realising how competitive the Scots are against the English. I still live in Edinburgh so I see that every day. It’s a huge game.

“We know it means a lot to Scotland and it means a hell of a lot to us as an England team. The rivalry is going to be keen.”

That competition was brought home to Cockerill when he lost a bet and had to wear a Scotland hat following the Dark Blues’ 2018 win over England at Murrayfield.

Asked if that had been a painful experience, Cockerill replied: “Yes, very! It was all in good humour.”

Jones was sacked after a November campaign that capped England’s worst year since 2008, with Cockerill clear on where the team had to get better.

“Our scrum hasn’t been good enough and that’s something we need to improve,” he said.

“Our set-piece parts have to be a lot better if we’re going to compete at this level and win games at this level.”

Veteran prop Dan Cole, 35 will be on England’s bench on Saturday after being recalled to the Test set-up for the first time since the 2019 World Cup.

Cole, asked why he had been recalled, jokingly replied: “Probably my goal-kicking, charm, good looks.”

But on a serious note, the 95-times capped Cole added: “I think England want to play a certain way with Steve — set-piece and I think he thinks I’ve something to offer in that part of the game.”